Something a bit different than the usual commissioned Ewal Dvergar. The Old Bag is a small diversion from the main strategy here - but definitely something that fit very well with my passionate need for bringing more John Pickford sculpts out to the painting and gaming world :) Can't say if this will be a lonely Wolf or if more will be acquired, guess time will tell - but for now, it's about a mischievous little forest spirit called Puck :)

Back in 2007 the Frother’s Unite Community ran their 4th Pro-Am Sculpting Competition. The theme for this competition was, as always, a very open theme trying not to limit the sculptor's creativity. The theme for this 2007 Competition was: "The Unseelie Suspects or the dark side of faeryland" and sculptors where to do fantasy characters, spirits and creatures with inspiration taken from the classic folklore and fairy tale without going Disney.

John entered this competition and was competing in the "Satyrs and woodland spirits" category. For this category John did a entry called "Puck's Dance" - a diorama piece with roots in classic English folklore and Shakespeare's "A Midsummer Night's Dream" - but with the usually little twist of evilness and humour that is seen on many Pickford sculpts. Puck was inspired by Neil Gaiman's "the Sandman" - in here Puck aids the Norse God Loki in kidnapping Daniel, and am playing a small role in the death of the Sandman.

The Frother's sculpting competition concept has that the winner/winner's and selected runners-up are moulded and sold through Frother's for a limited period of two months. After that, the miniatures faith are up to the sculptor.

John didn't win his category, as it was won by Kev White's lovely Oberon, but Puck's Dance was moulded and cast in limited numbers. Unfortunately, I wasn't around in time to get myself a copy. After the limited sale on Frother's the rights went to White Knight (WK). White Knight has then released the two characters Peaseblossom and Mustard Seed - both available in his Hors Série - line - but he has never released the entire "Puck's Dance" - diorama. Such a petty, I'd say - and I've been nagging him over and over again releasing it - but with no luck .... till

... 6 weeks ago when WK surprised me with an offer of letting me have Puck's Dance and put it in production, cause as he said: "It's more chaotic anyway, so makes more sense in your range than in mine".
For me, it was one of those offers you can't really refuse, so I gladly accepted his strict license terms and signed the 50 page contact ...., in blood - and I've just donated the first kidney. Hopefully he can wait a bit for the second one :-P

So, here is the master cast I've got from WK, and I will now try and give it a proper release: 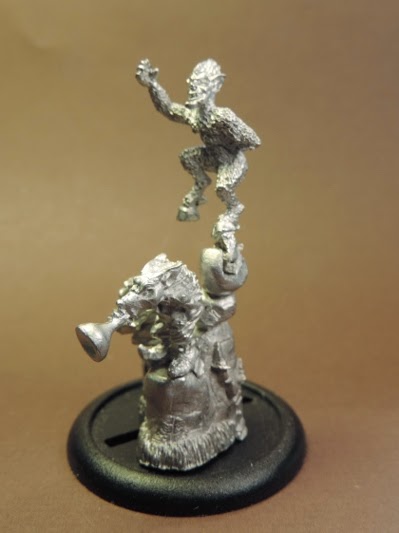 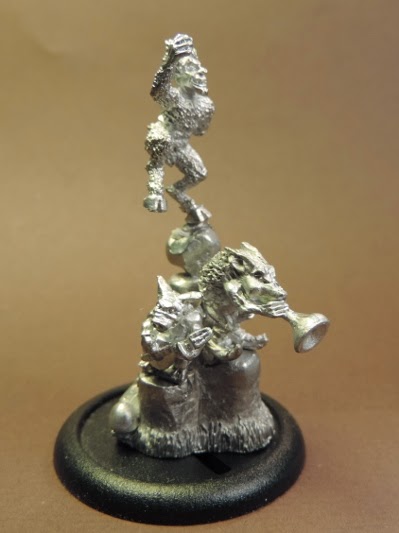 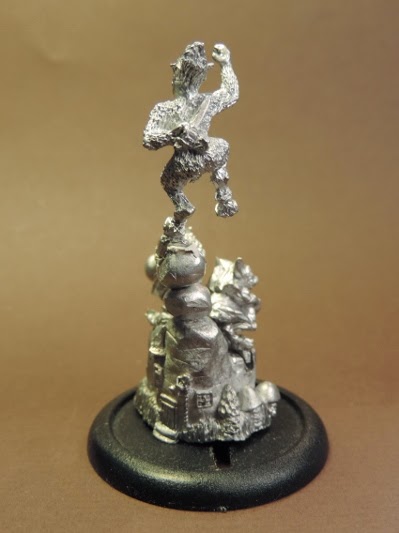 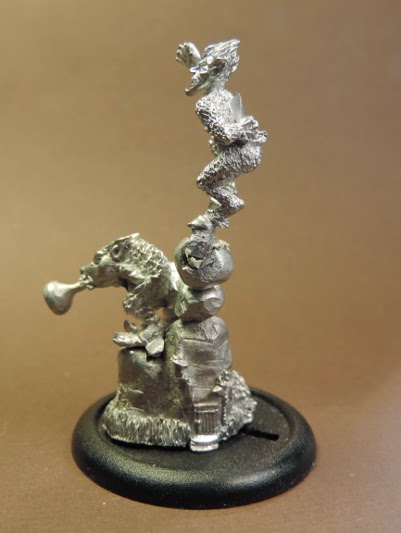 The trained eye will see it's now after breakfast, as the little Milk bottle on the doorstep has been brought in. The little bottle might have been lost in transit or it was still sitting in the master mould, when the master's were spun :-?

Here's all the diorama pieces: 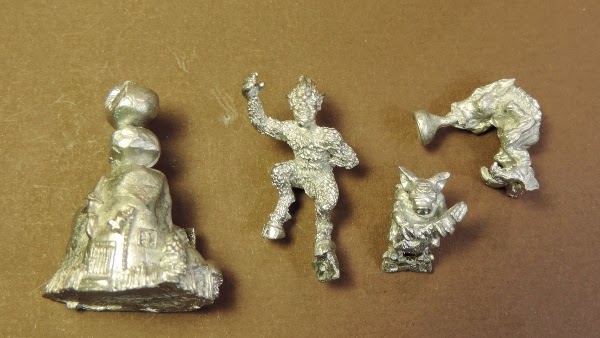 And here is Puck, will work great as a stand alone piece as well :) 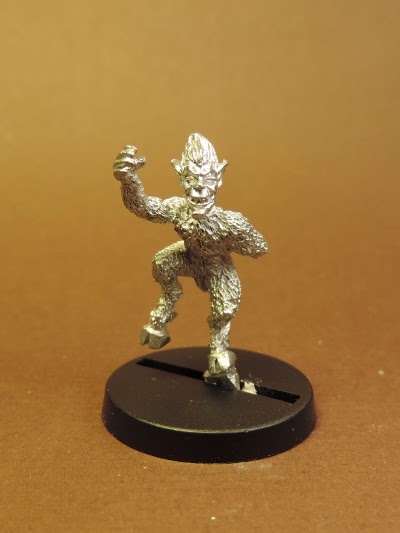 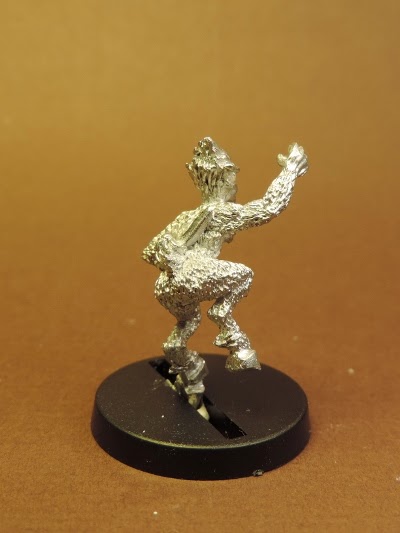 And that's not all. It actually came with an additional head piece. Puck head ain't a separated piece, but think it's an easy conversion - should you like replacing the awesome head he already has. 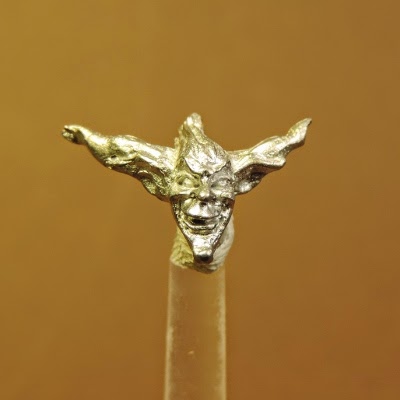 Took a bit more time than anticipated getting the moulds done but I glad to announce that the Crossbowmen and Infantry Command Group miniatures are finally here.

The Core Warriors with Crossbow comes in a set of 6 miniatures (2 of each pose). In this pack you'll also find 8 different Sallet type helmets and 2x4 different crossbows. Should give you an opportunity for nearly a hundred different builds.
Some of the helmets might not fit all 3 bodies equally well - so some adjustments (filling/gab filling) might might be neeeded. 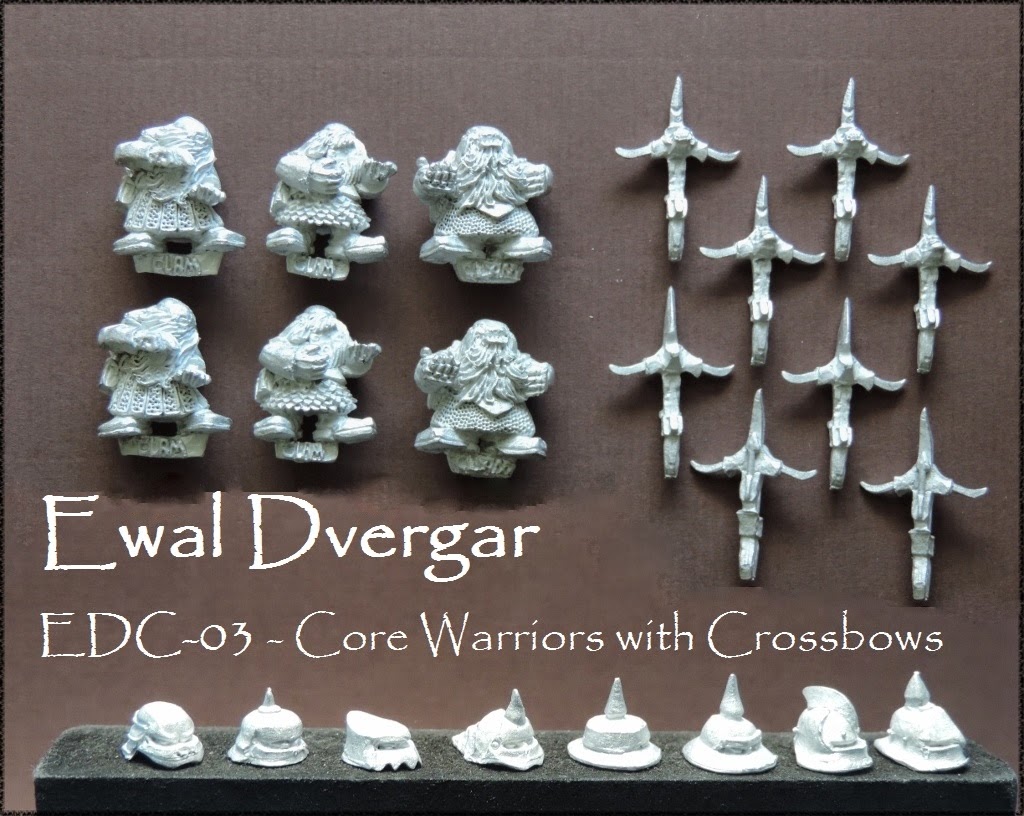 The Infantry Command Group come in a set of 2 miniatures - a Musician (the Drummer) and a wolf-cloaked Standard Bearer. The Standard Bearer has three different pole-hands to choose from. 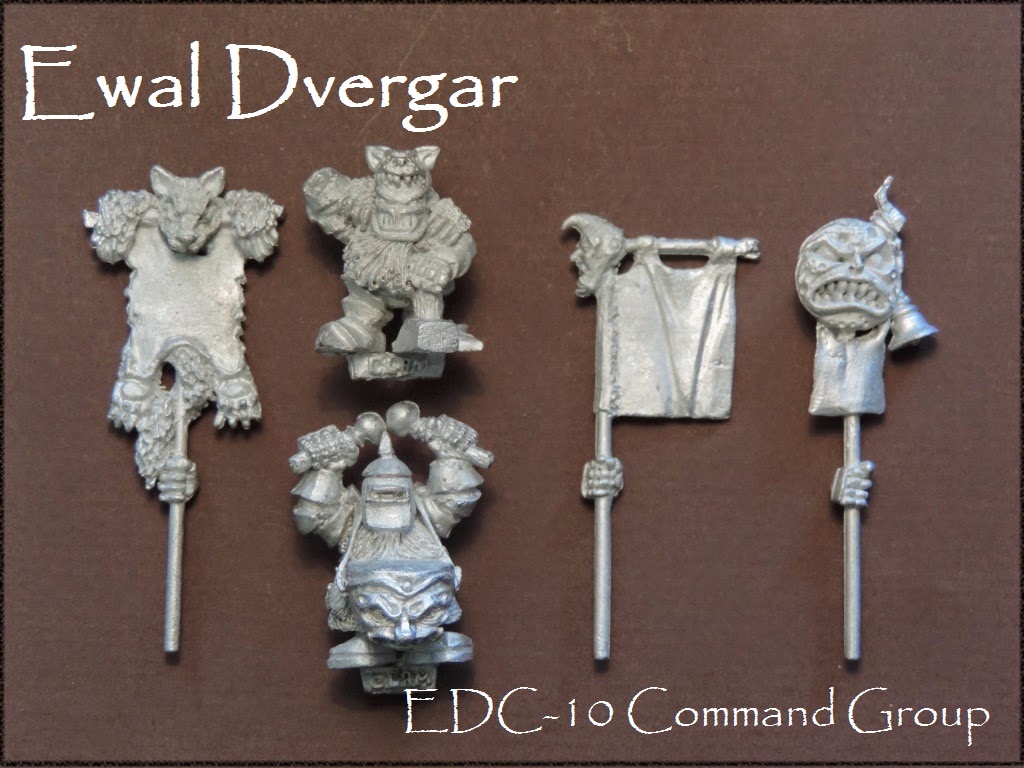 Keep in mind that the pole-hands will also fit quite well on some of the regular warriors from set #1 and (in particularly from) set #2.