For his own personal collection, Mikkel Nyboe has painted another dwarf of mine. This one he calls "Gobbo Dwarf" and use a standard set #1 body and a still not released champion head (the one with an open-visor/face mask that could look like a Goblin head ;-) ).

Here is the pictures - but you can read more about him on Mikkel's own blog: http://mikkelnyboe.blogspot.dk. 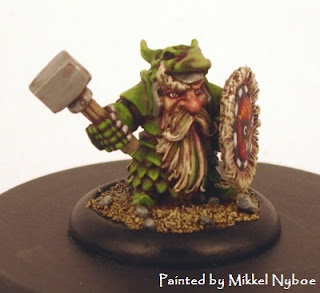 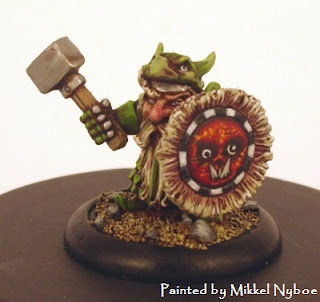 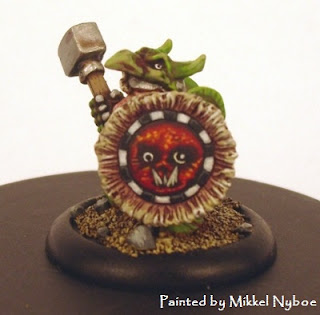 Excellent paintjob and use of colours. I just love that green armour and look at the facial details... fantastic ... and the shield ... WOW!...it's  really outstanding ... wonderful, wonderful freehand. Good to know that he has a full set in his positions :)

Yes, a lot can be said about New Year, but like most it's exactly the same as last except form being a little bit colder ;-)

... and then, this year's closure was actually a little bit different than usual as a wonderful little packet found my mailbox on December 31st 2012.

Those that remember (or care to go back to blog-post #1) would know that I, at first, considered asking Mr. Twisted Tales (aka Sjoerd Trouwee) to help me out on this little Dvergar-venture.

I've been admiring Sjoerd's wonderful sculpts form the very start of the Twisted Tales-days and have used several of his dwarfs in my various projects over the years. Like his Sorcerer - which I used as an entry for the Golden Hat Painting competition @CDO (many moons ago): 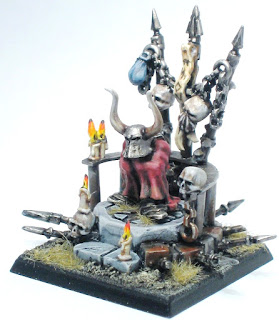 Sjoerd has an interesting approach to the Evil Dwarves subject and is a very talented sculptor, indeed, but as a part time sculptor he hasn't been as productive as one could have hoped for.

Sjoerd gave up the Twisted Tales-project long time ago but the line was picked up and continued by Hasslefree Miniatures and they still carry the original line plus some newer editions to the range - all found here in the: Twisted Tales (Dark Fantasy) section of their store.

However, Sjoerd also did a few never released pieces. And after some search the sculpts have now been re-found and are now in my possessions.

The two miniatures are: 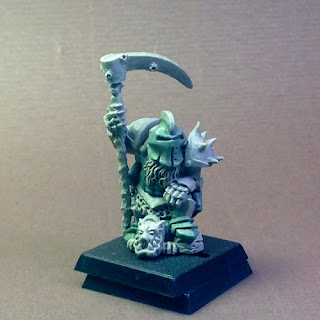 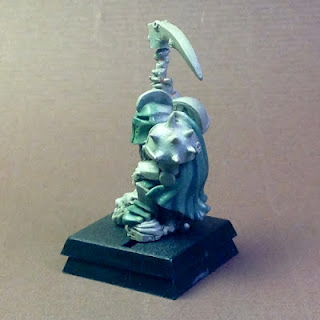 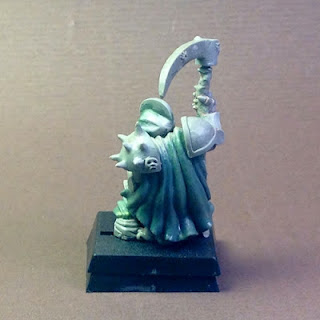 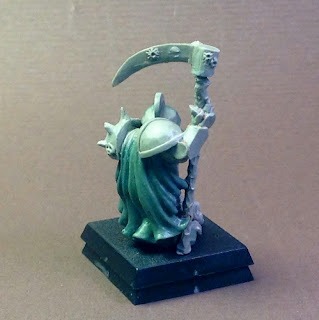 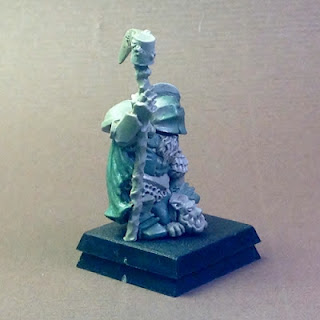 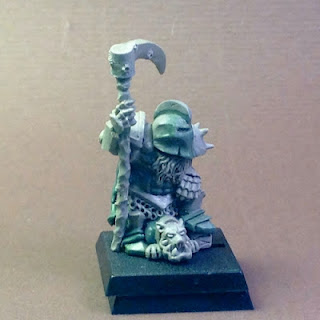 Both the sculpts have been showed at CDO during the makings and have - to some degree - been "influenced" by comments made by the members of CDO (including myself) - so I've become rather attached to these two (and almost feel like they are "my" babies), so I am very honoured by getting the chance of giving these miniatures a "love and caring home". The two will now get moulded and cast as an official part of the Ewal Dvergar miniature range - and will be released in spring 2013.