Just want to let everybody know that the Ewal Dvergar is now featured on Stunties.com :-)

Stunties.com is one of the best miniature resources on the net (for Dwarf fans, at least) and I've been a regular user of this great resource for many years - so quite the obvious donating a full set of my miniatures for this great (miniature) cause. Not only, does Stunties.com feature every Dwarf Miniature worth knowing about but also holds lots and lots of information about miniature ranges, manufactures, retail companies, sculptors etc. - but you'll can also find other interesting guides - like the Scale Comparison Guide.

In there you'll also see the Limited Brush Slave League Mad Painter-dwarf - including Kev's painted sample (painted by David "The Dozing Dragon" Wood) - and I got Kev's permission using it on here, as well: 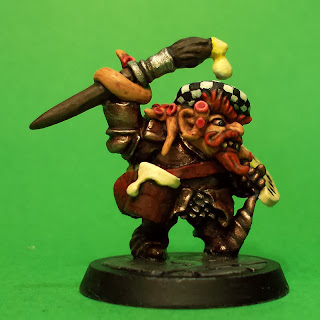 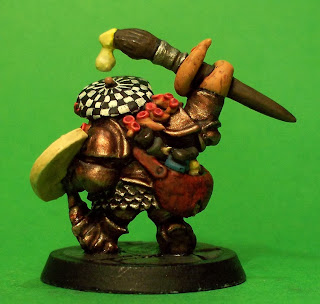 And yes, I know it's not an official part of the range - but plans are being made for releasing an alternated version of this little gem :)

Email ThisBlogThis!Share to TwitterShare to FacebookShare to Pinterest
Labels: Stunties.com

And for my private collection, Mikkel Nyboe (@Gurer - the blog) did this wonderful Sweyn. 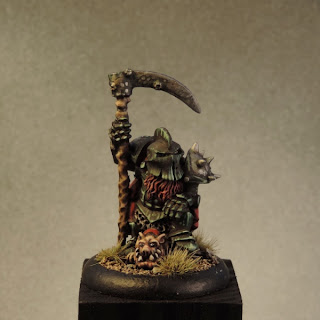 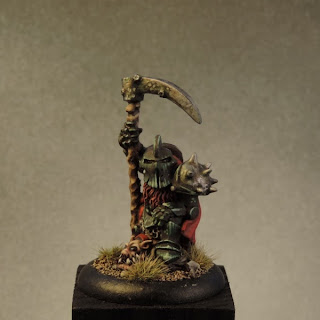 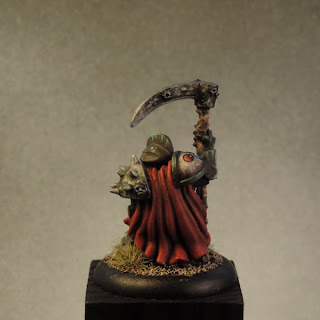 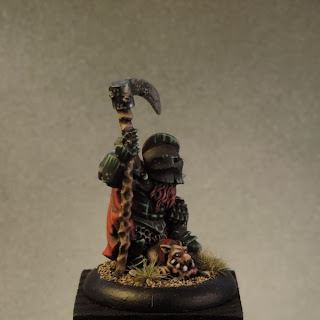 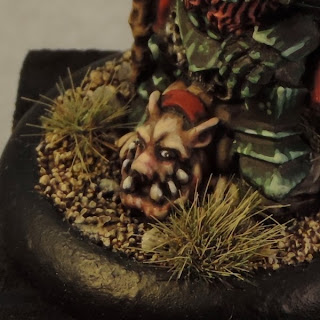 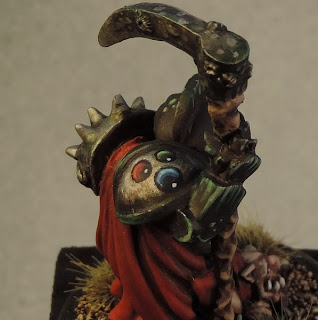 Mikkel has commented the painting on his own blog - so if you want to read about - you should stop by.

Personally, I love it - colour scheme is "all me". Those that have seen my own works at the Clamshell-blog will now that I'm a sucker for Red and Green dwarfs - and I think, Mikkel managed to pick everything out in a nice balanced way on this beautiful sculpt by Sjoerd Trouwee.

A couple of Dvergar by Mikkel Nyboe

Friend of the Ewal Dwergar, Mikkel Nyboe (@Gurer - the blog) has painted a few Ewal Dvergar for his personal collection - and they are certainly worth being shared: 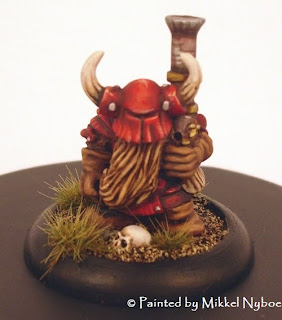 These guys looks so good painted. Mikkel did such a fantastic job on both of them and really managed to pick out every little detail on these. Very well done, Mikkel - I'm so flattered :)

I have had the chance to paint a few of the new Dvergar from set #2.

Nothing spectacular of course, but it might help actually seeing what nice sculpts they are. 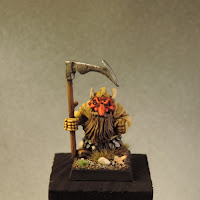 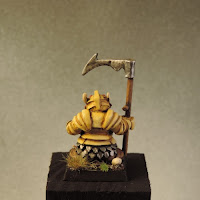 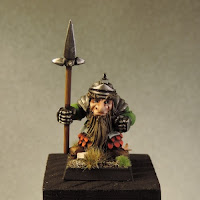 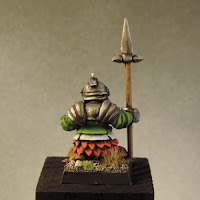 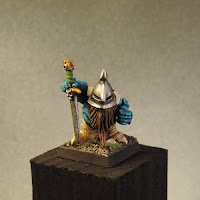 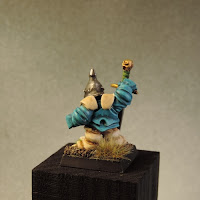 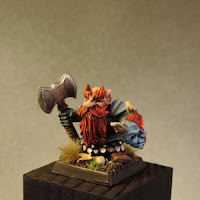 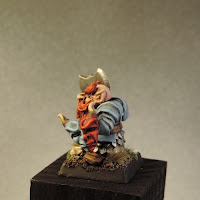 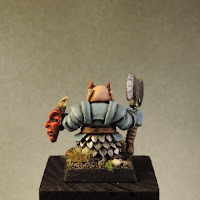 In today's post I want to show you some assembled warriors from set #2.

I have finally had the time to actually play with my new dolls - and have assembled a few of them for you.

Here is some examples of how they might look: 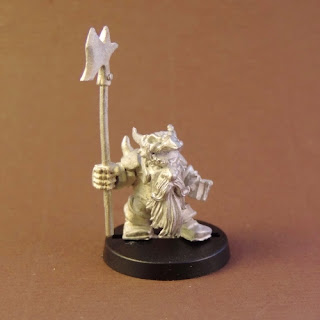 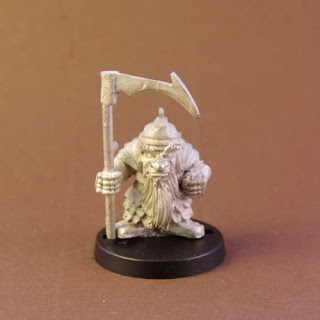 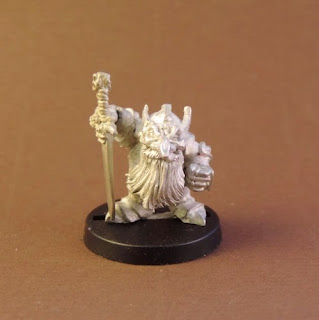 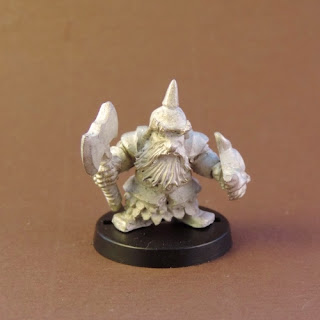 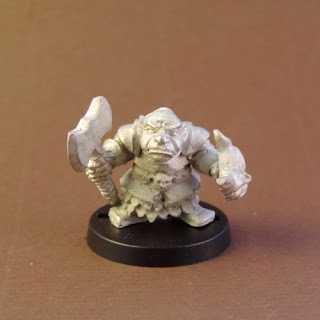 Should you like to see more assembled ones go check out the Clam Miniatures Adventure @wikia.

Have also painted a few of them, but they are used as an entry in a painting challenge, so I'm not allowed sharing .... yet :)

And for those that might have seen the "low stock" message I'm happy to tell, that all items are in stock, yet again. 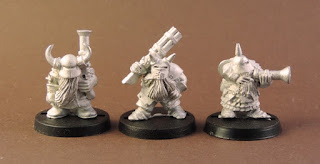 Still waiting for news from my caster. Moulds has been, I think - but casts haven't been done and shipped, yet. But no news, is good news - right? :)

But I can share these with you, while waiting :) 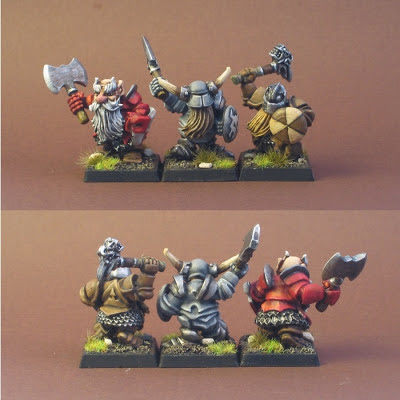 More pictures to be found on the painting blog - here
Posted by CLAM at 06:06 1 comment:

While waiting for Griffin Moulds' finishing touch on all the new stuff ..... why not share more of Mikkel Nyboe's wonderful paintings?  :)

That boy really makes me proud :)
Posted by CLAM at 14:30 No comments:

Have been taken a bit longer than anticipated, but greens for next set of wariors are now done - and will soon get packed and sent to the UK for mastering and production moulding :)

Casters are busy now, due to Salute 2013 just round the cornor, so I don't expect to see my moulds done before May.

But while we wait, I'd like to share some of the new greens I've just received from Mr. John Pickford.

As announced earlier set #2 will be another Core Warrior set, but this time they will come with pole weapons/two-handed weapons/two hand weapons aka Great Weapons.

The set will come with 10 different heads. 5 of them are completly new but the other five were sculpted and mastered last year.

The different poses in set #2 won't allow you as much options for pick and choosing, but with all the new heads it should give you enough variety to field a big horde of dwarf madness.

Below you'll see some of the many options you will get in next set #2.

Pole weapons will go into body ED6 and ED7

Have already showed you a few assembled ones, and with all those option I can't really show you all - but here is a few more - enjoy :) 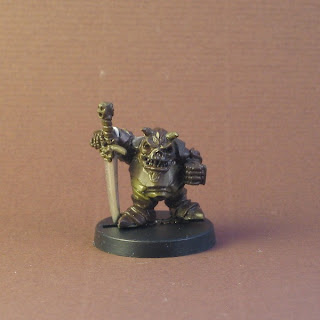 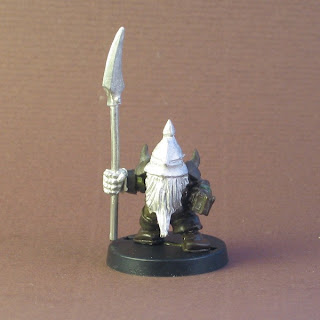 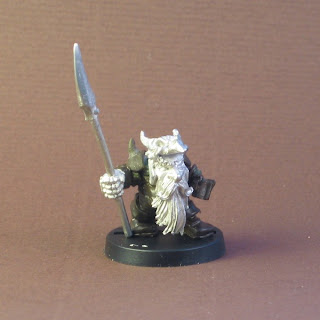 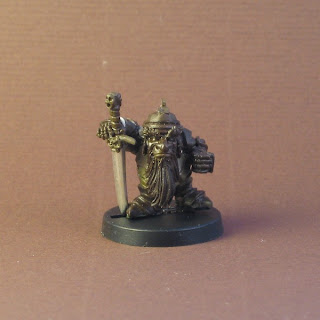